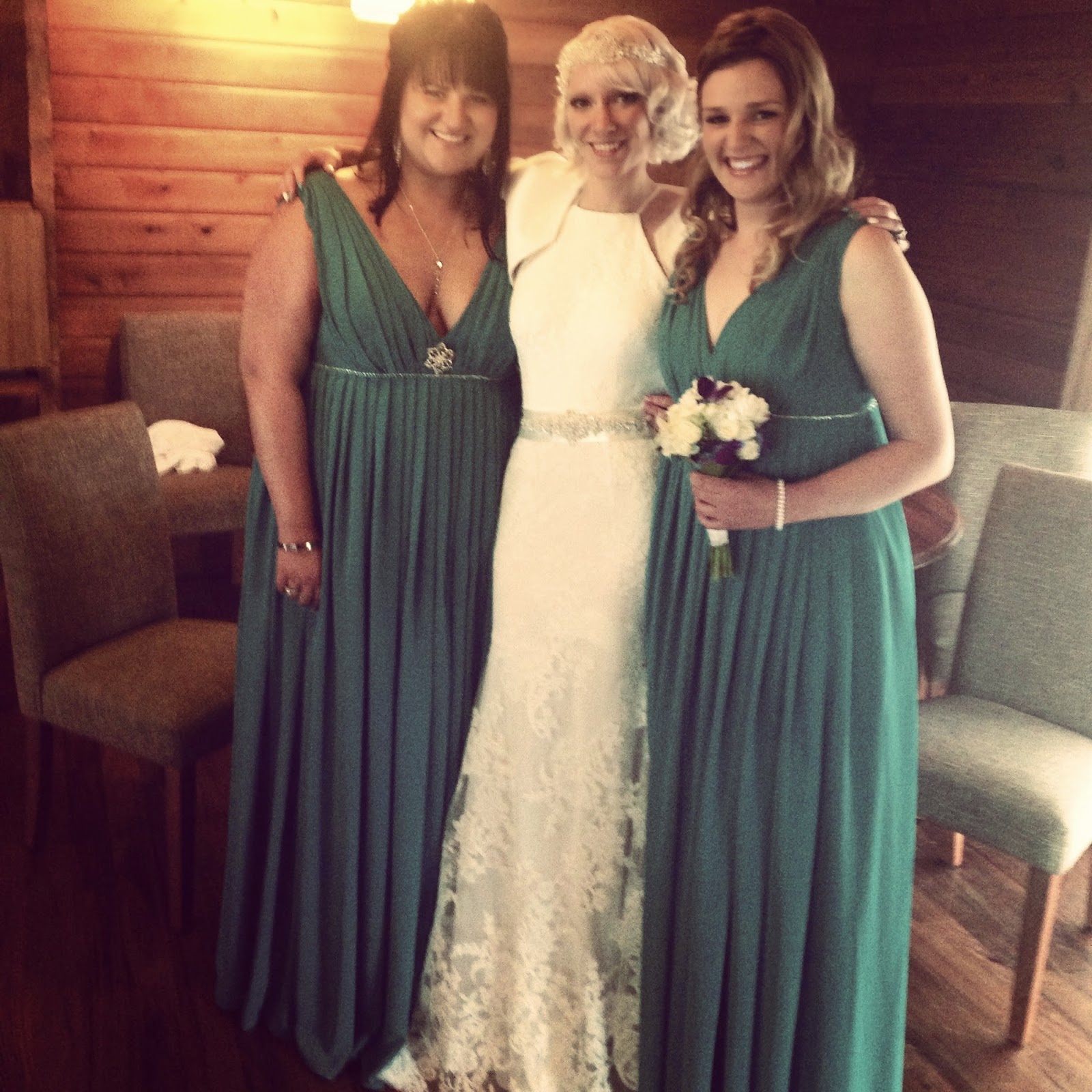 Last year one of my best friends, Ali, got married. We house shared for several years, a ramshackle unit on a beach in Adelaide. I still miss those days. Now Ali lives interstate and I'm a home owner with my partner, so life is very different and grown up now. Janelle was our other housemate and bestie, and she now lives in the Northern Territory. The wedding was the first time we'd all been back together in Adelaide for a while.


I was thrilled to get a phone call from Ali asking me to be her bridesmaid on her special day. If you've ever been asked to be in a bridal party, I'm sure you can understand the sense of honour and privilege you feel.

Discussions and planning commenced pretty quickly, and I suggested we use Light In The Box to select and order our bridesmaid dresses. I'd seen other fashion bloggers review the site, and I was keen to try it. It seemed too good to be true. Just send in your measurements and the dress is posted out to you, for a ridiculously reasonable price. Yes please.

When the dresses started to dribble in, we were all a little nervous to hear from each other about how they turned out.The dresses themselves were beautiful, but all of us needed slight alterations by a dressmaker at some point. I found my dress far too long and the shoulders kept falling down. Also, the plunging neckline was embarrassingly revealing! However, a family friend was able to fix all of those issues. Even though the finished product was gorgeous, I got the impression from the dressmaker that dresses from places like Light In The Box can be really tricky to work with because of how they are made. Something to keep in mind. 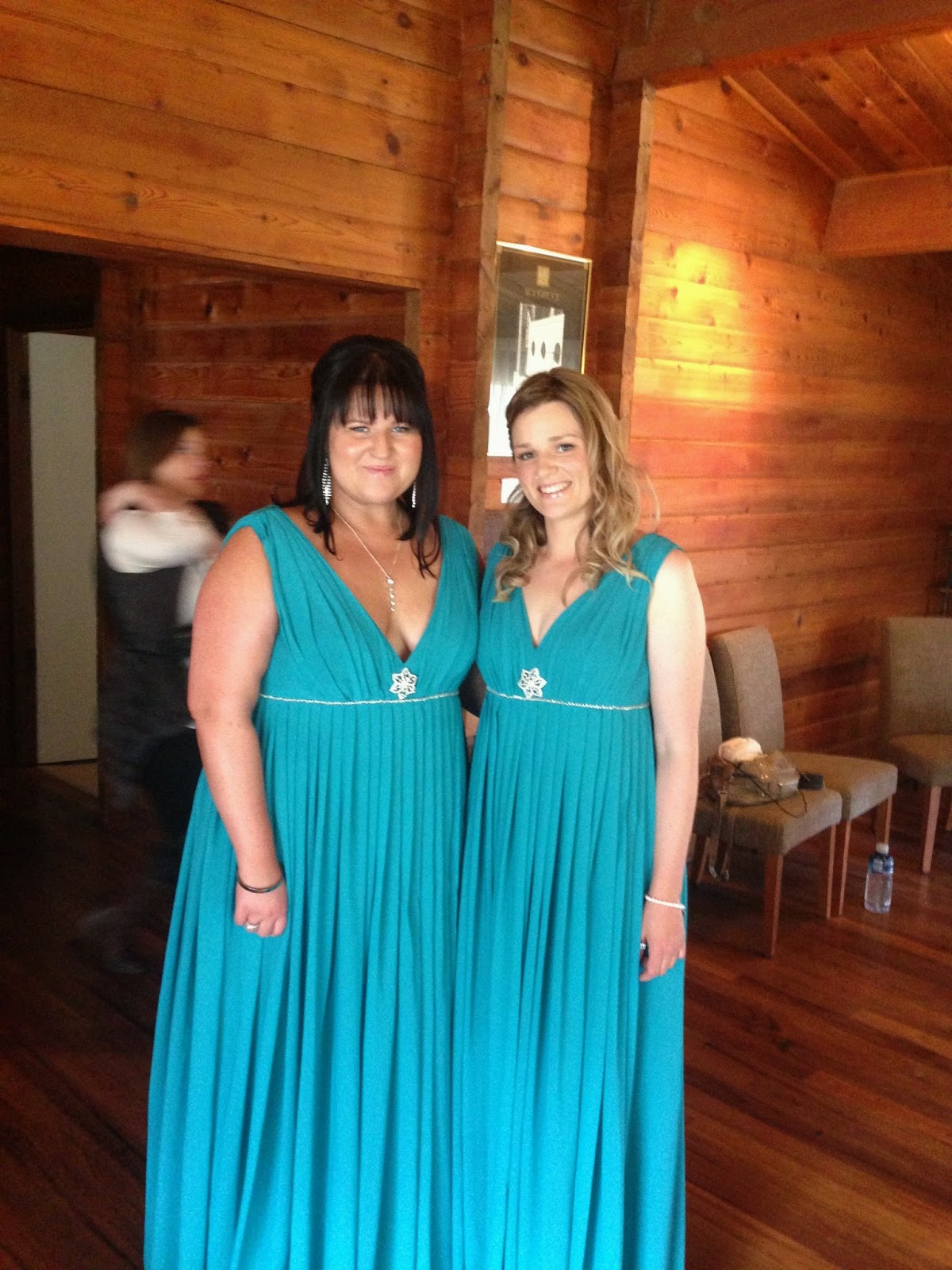 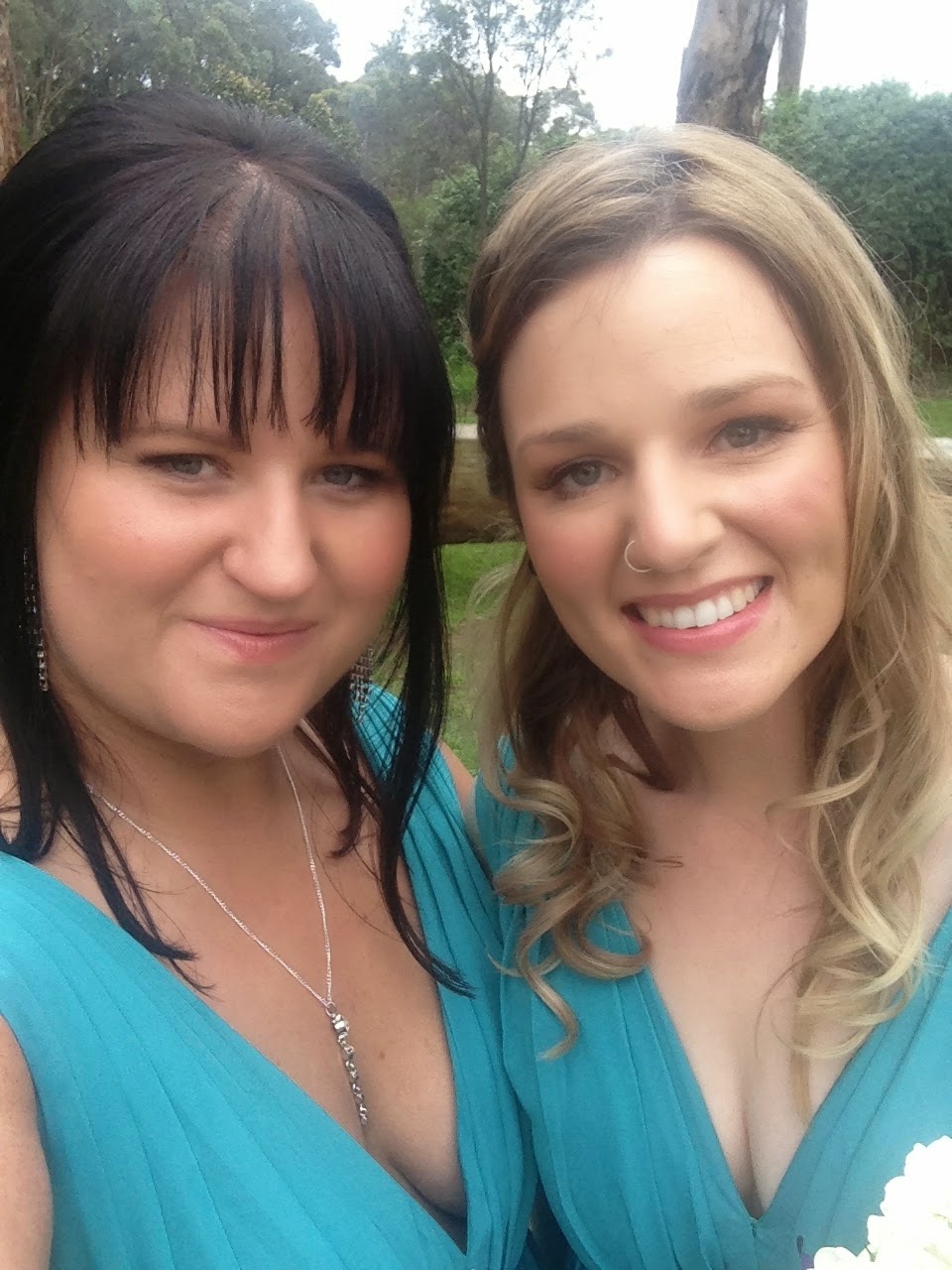 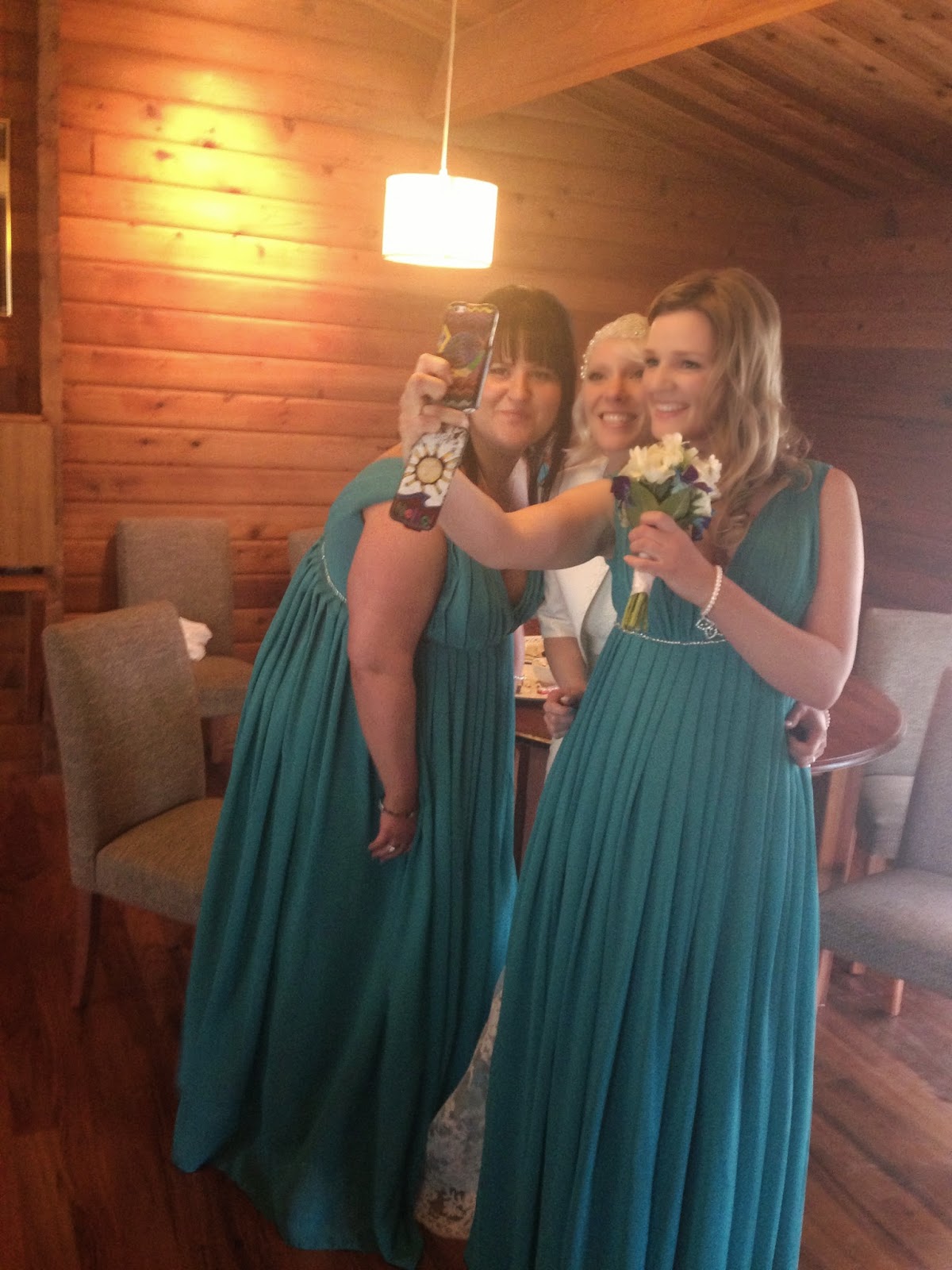 I had such a marvelous day and loved being a part of it with my best friends. Ali is the most beautiful bride I'd ever seen, and the day brought out a lot of unexpected emotions. I have a lot of love for those two girls.

Thanks for reading! x

Posted by Sophie at 5:41 PM No comments: Links to this post

When someone says "investment piece", my first thought is LEATHER. Trendy plus size leather items are kind of rare, aren't they? Maybe I've just been looking in the wrong places, but I have the most luck with ASOS Curve. I have a pencil skirt, dress and two jackets - all in leather - from there. Each item cost more than what I'd usually pay for clothes, but are beautiful to wear and will be in my wardrobe as long as they continue to fit me (and even then, I'll probably hold onto them).

The most versatile item is this black leather jacket. I was a bit apprehensive about the wide shoulders and was prepared to send it back if I didn't like how it looked. I kept it, though! I wouldn't mind getting another black leather jacket in a different style down the track, one day. 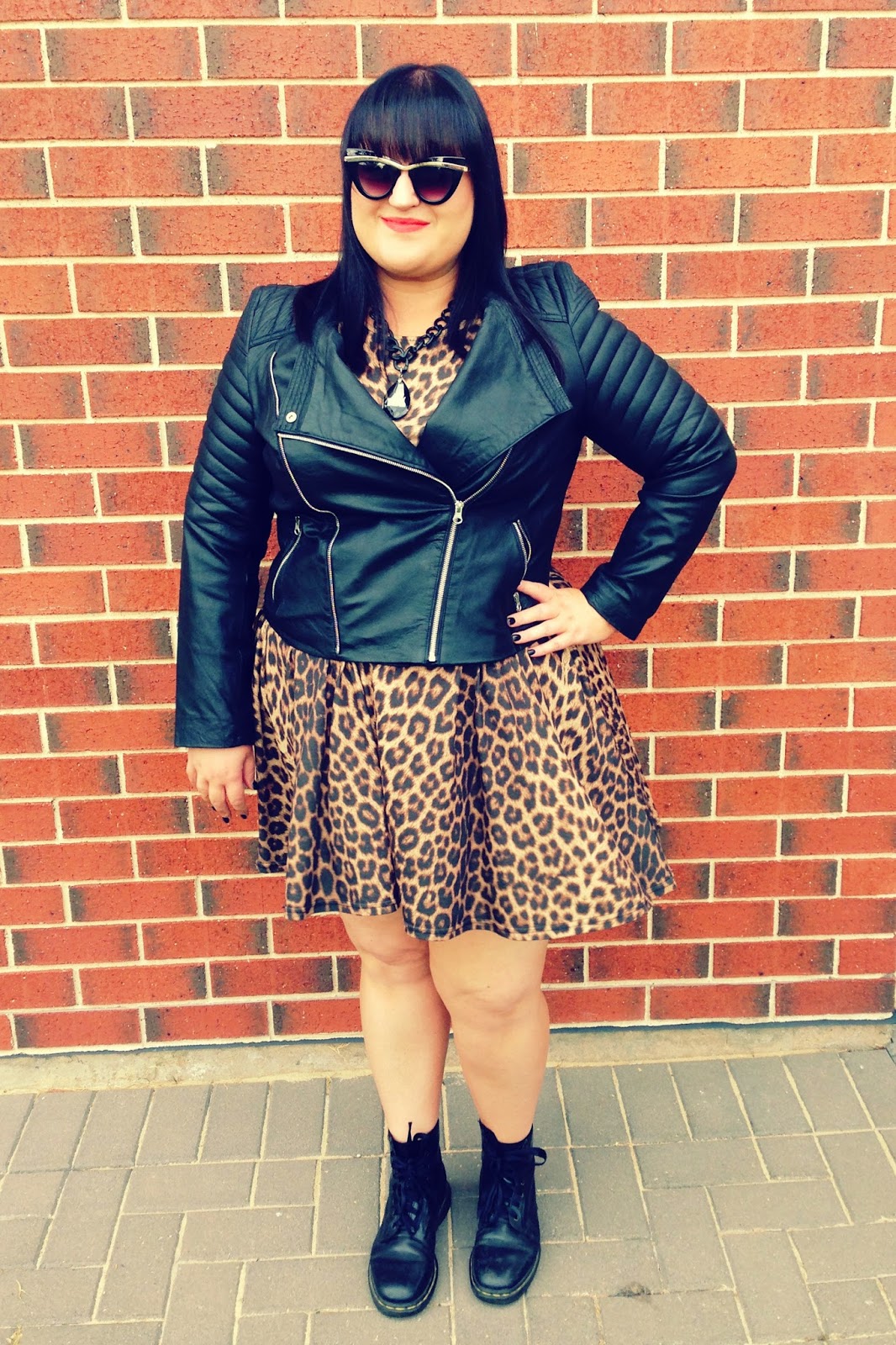 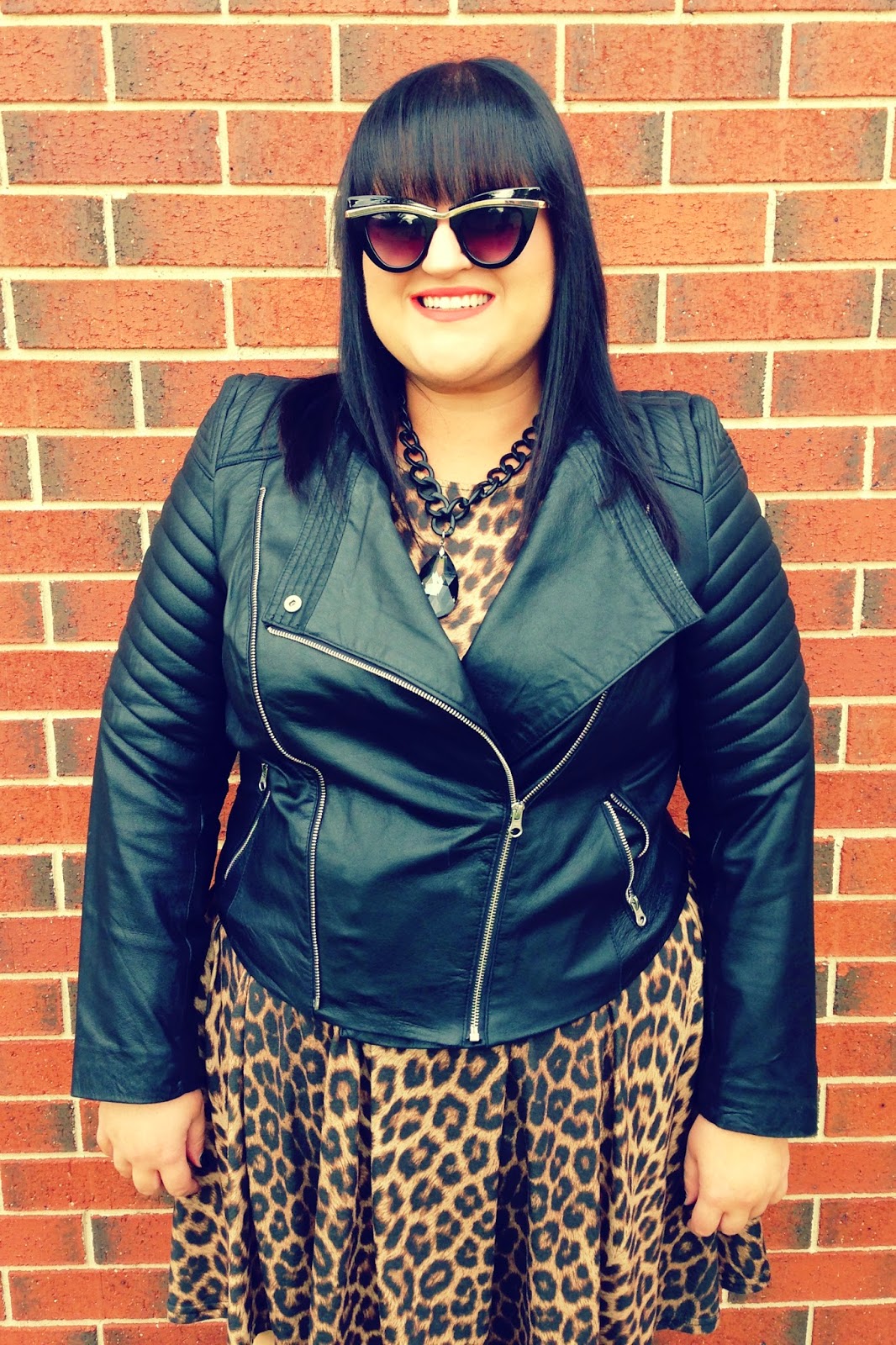 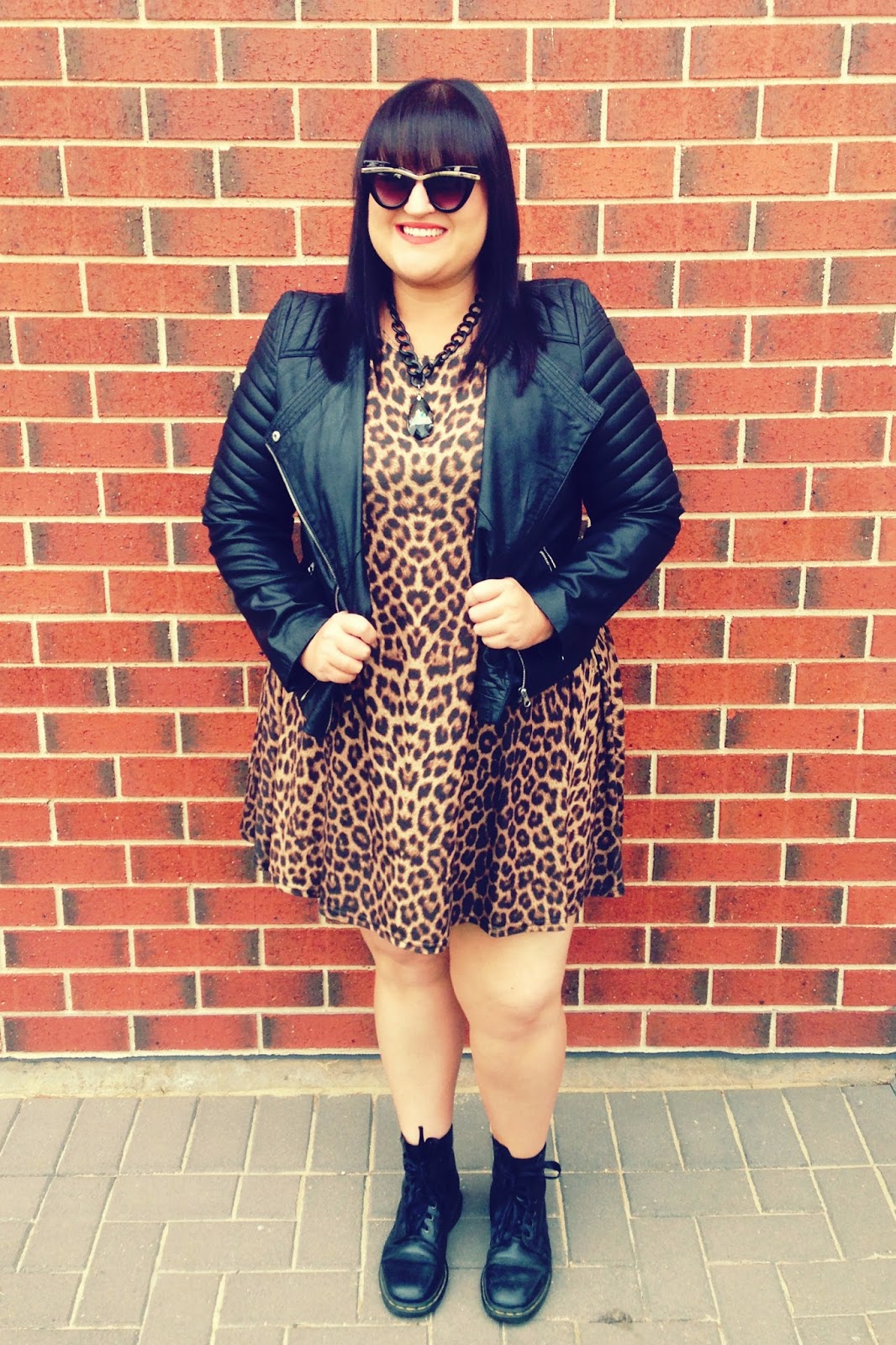 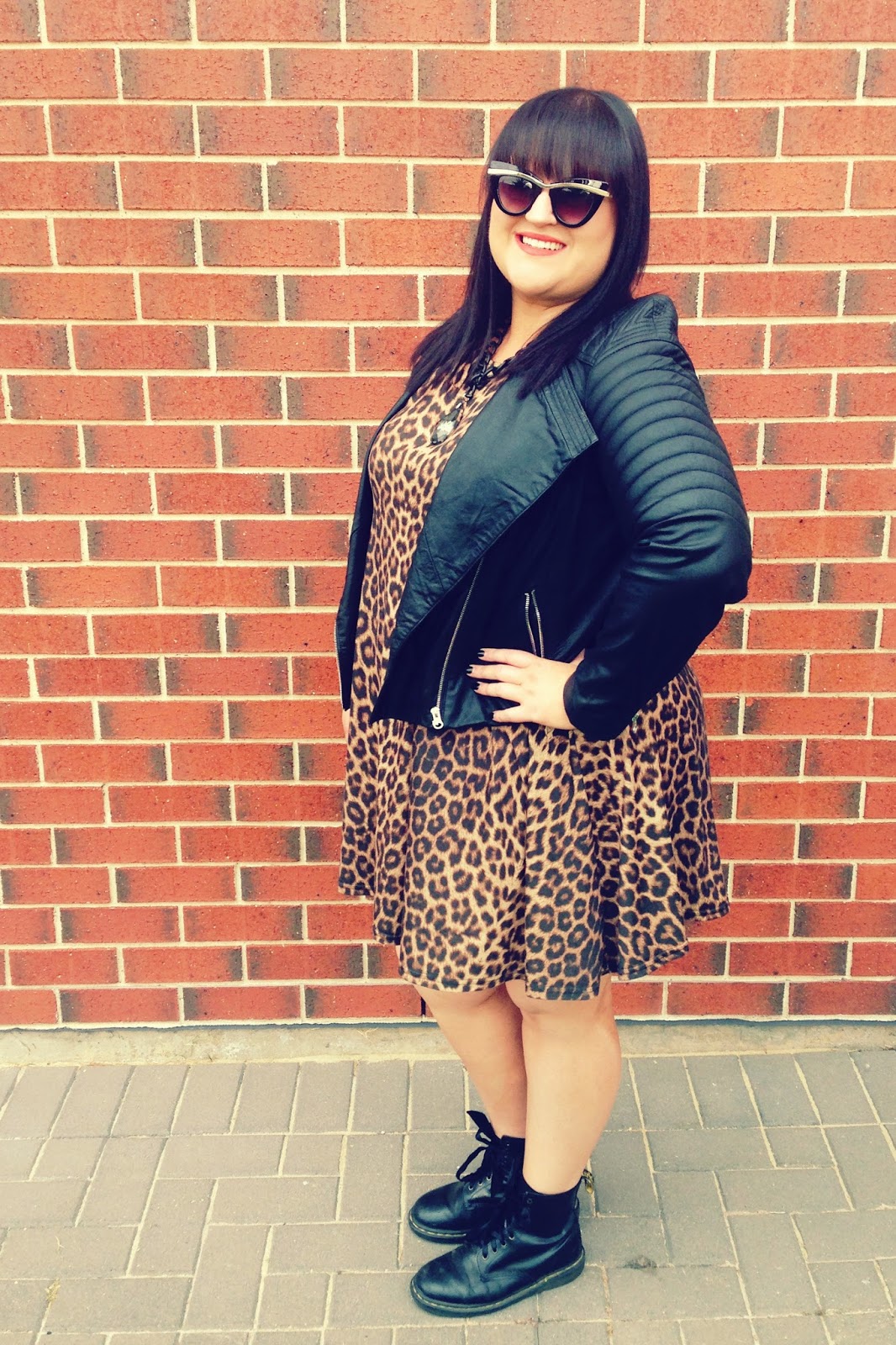 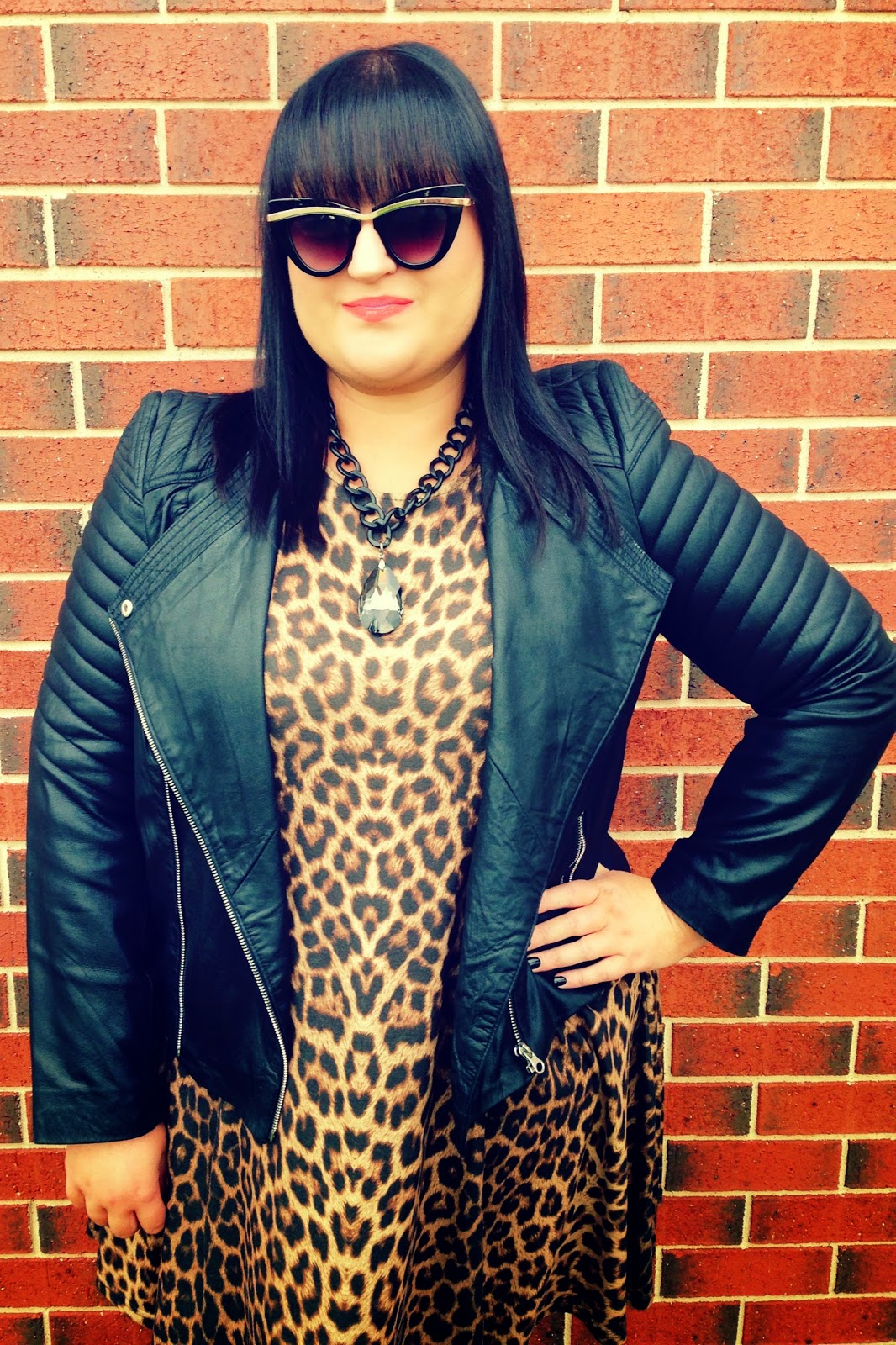 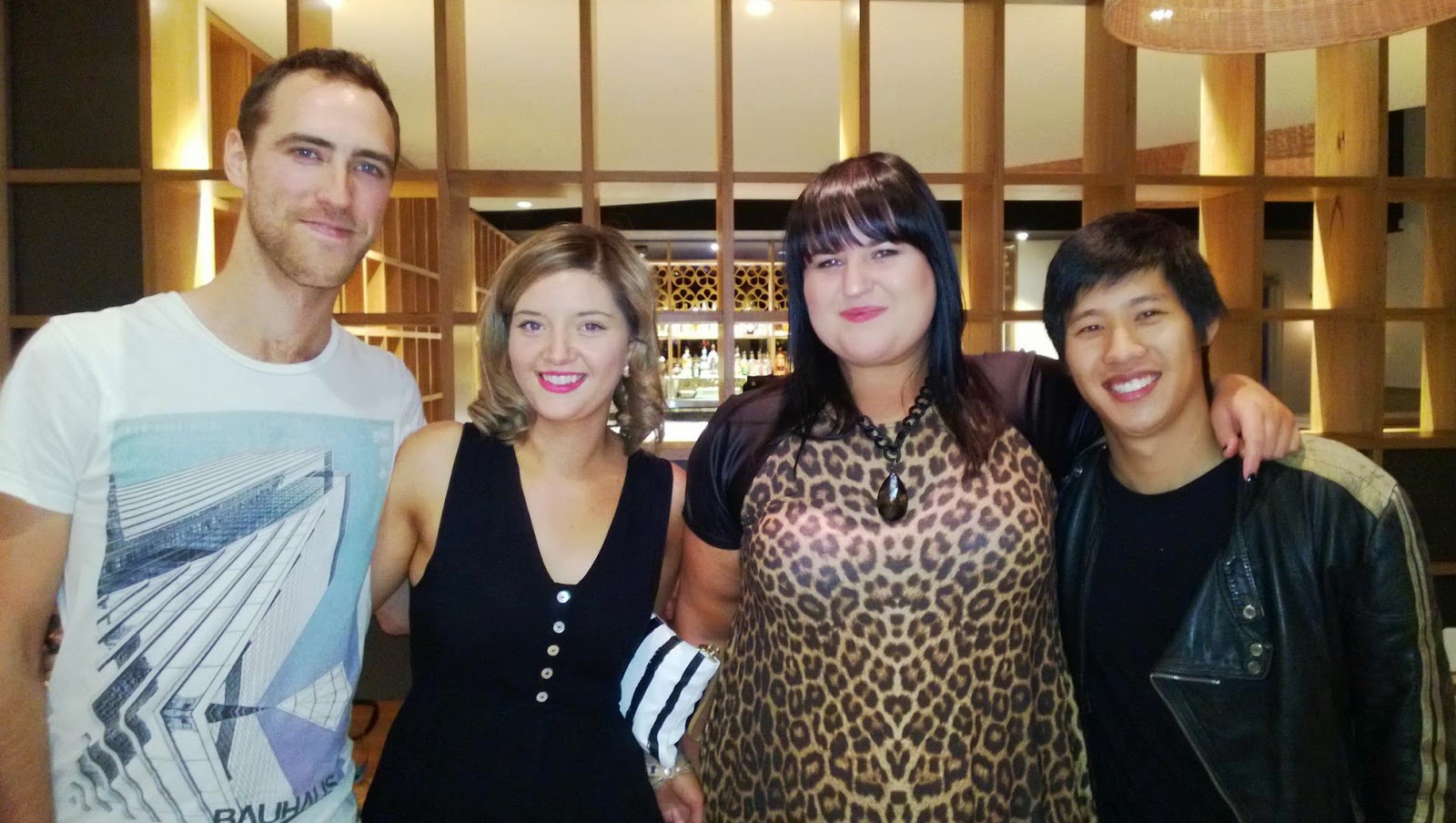 I wore this outfit to my uncle's 50th birthday dinner. Here's a photo of me with my fella. The couple next to me is my sister Chelsea and her boyfriend. We had a lovely night at the Seaford Hotel, which has been renovated. The meals were delicious!

Where do you get your quality leather plus size items?


Thanks for reading! x

Posted by Sophie at 7:11 PM No comments: Links to this post

When You Try To Defend Tess Holliday on Social Media 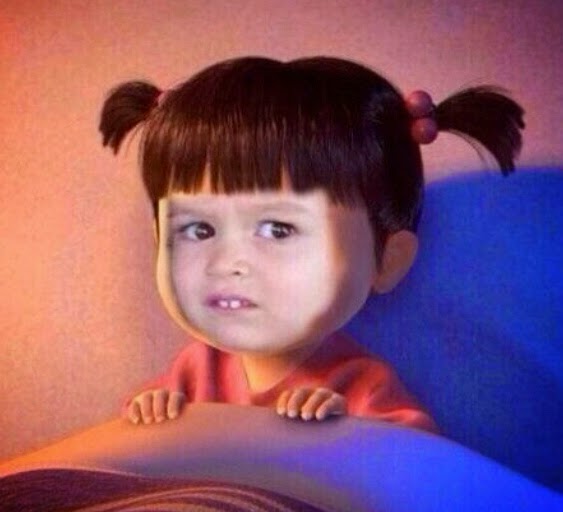 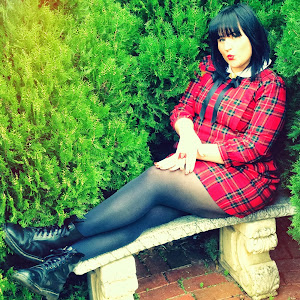 Based in Adelaide, Australia, I started Modish Maracas with an interest in plus size fashion and an idea for a post about Doc Martens. It didn't take long for my writing to dive into a body positive focus. Find out why here.

Although thrifting is a love of mine, I also enjoy working with plus size brands and supporting local businesses. Sometimes I accept items from brands to review if I believe I am being true to my personal style. My reviews are entirely my honest opinion and I will notify my readers of gifted or sponsored content at the end of each post where relevant. Thank you.

Thank you for stopping by!

What ya lookin' for?

"To you, it might just be an outfit, but to me it's performance, care, support, resistance, survival, and fighting" - Kirsty Fife

Plus size women hold 28% of the retail buying power in the United States right now, while only about 6% of the market actually caters to them.

These women (and the occasional man) are offering a fresh, independent perspective in the notoriously fat-loathing fashion industry. Their goal is not to be radical, or to look smaller or “flatter” or hide their curves, but to find clothes that actually look good...

They are working to create their own looks, tossing a previous generation’s rules regarding horizontal stripes, bold prints, bright colours and peplum hems out the window. And in doing so, they’re demanding more of fashion, for all women; making it feel like we all own it.

PLUS SIZE FASHION AND BODY POSITIVE BLOGS I LIKE TO READ